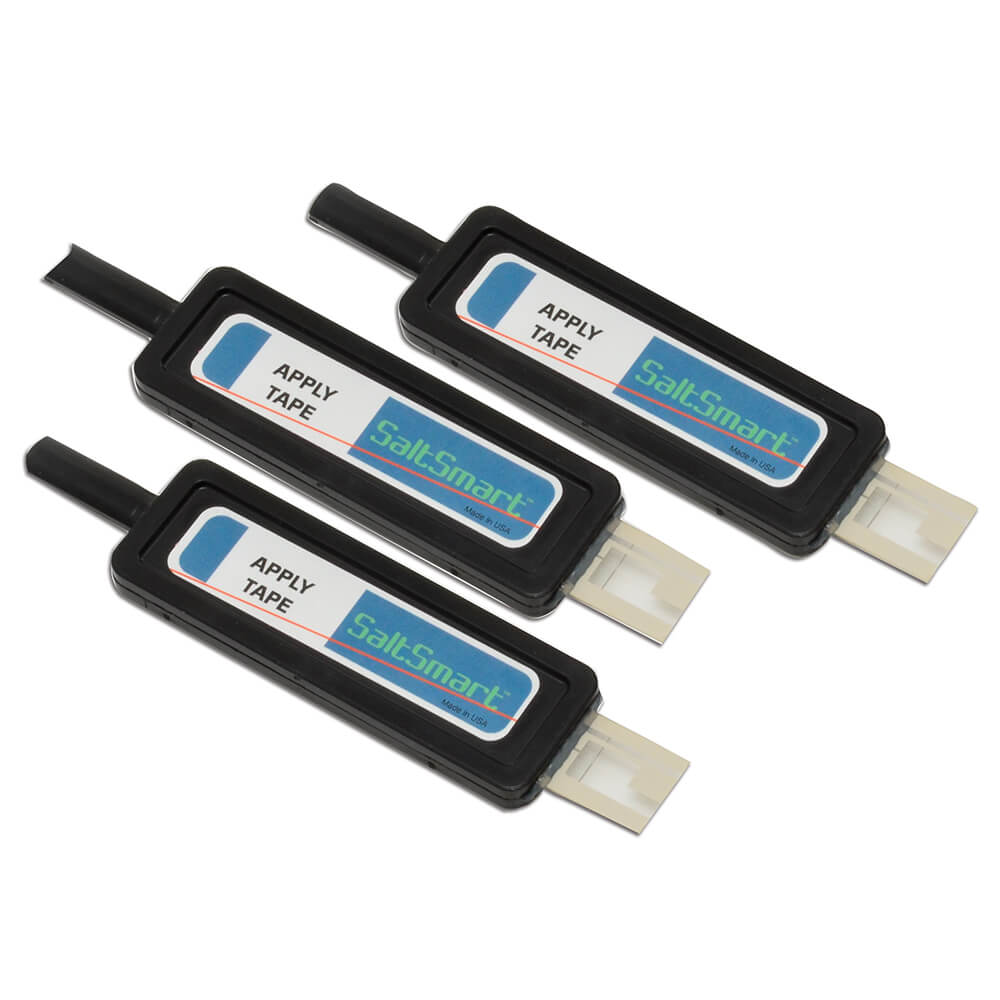 A de-ionised water bottle is attached to the end of the Elcometer 146 SaltSmart™ Test Strip which is then fixed to the substrate using non-residue tape.  The test strip is positioned at a 10° angle to allow the water to flow on to the foam sensor which is in contact with the substrate.

After approximately 8 minutes the test strip is removed and the amount of soluble salts present is measured using the Elcometer 146 SaltSmart™ Contamination Meter, which displays and stores results in µS/cm, ug/cm² or mg/m².