Pull Off and Push Off Methods

Pull and push off adhesion tests determine the adhesive strength of a coating by gluing a dolly or pull stub of a known surface area (typically 314mm²) to the coating. The glue is left to cure and the amount of pull/push force or tensile load required to remove the dolly from the surface is measured.

The load force, measured in MPa (Mega Pascals) or PSI (pounds per square inch), is then recorded. The attributes of the pull should also be recorded, as per ISO 4624 & ASTM D4541.

There are essentially three different methods used by manufacturers to apply the tensile load:

ASTM D 4541 Type II - The Elcometer 106 is possibly the simplest gauge for adhesion testing using the pull off method.

Incorporating strong springs or belville washers, the user must turn a hand wheel (or for high tensile adhesion tests, a ratchet) which applies/exerts a force via the spring onto the dolly (glued to the coating), which in turn is pulled off the substrate. 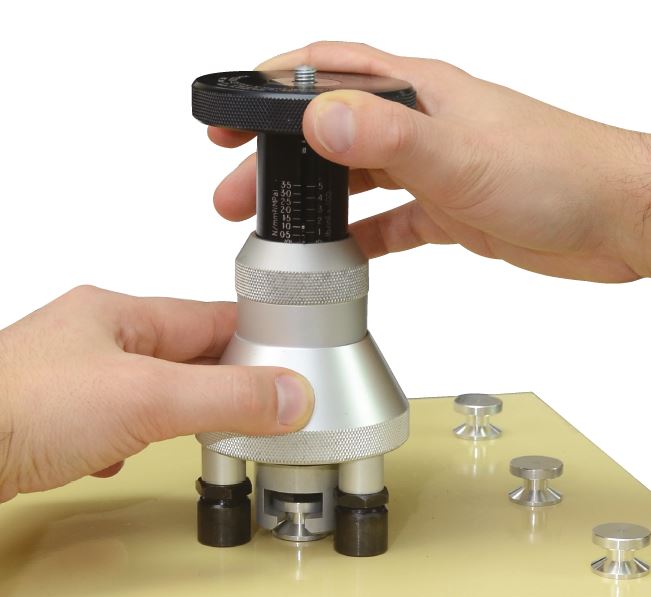 ASTM D 4541 Type V - In the same way that an Elcometer 106 exerts a mechanical force to pull the dolly off the coated surface, gauges such as the Elcometer 506 and the Elcometer 510 exert a force hydraulically on the dolly to pull it off the surface. Both of these gauges enable a much smoother application of the force as specified in the Standards.

The Elcometer 510 Automatic Pull-Off Adhesion Gauge enables the inspector to carry out a pull test to a pre-defined limit or to a maximum value. The pull range of the gauge is determined by the dolly size, for example using a 20mm dolly the gauge can pull to a maximum of 25MPa. When using the Elcometer 510 gauge, the user is able to enter and save the attributes of the pull within the batch in accordance to ASTM D4541. 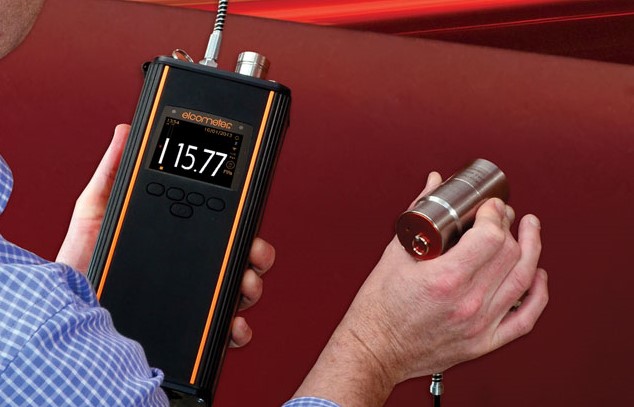 A bayonet style actuator head attaches the gauge to the adhered dolly. The dolly is designed with a hole through its centre through which the pin of the tester moves down to the coated substrate and “pushes off” the dolly.

The Elcometer 108 and the Elcometer 508 are designed for adhesion testing on both the inside and outside of curved surfaces. Elcometer offers a wide range of concave and convex dollies specifically for this purpose. This type of gauge is not suitable for thin substrates as the small cross sectional area of the pin will produce a high pressure on the surface being tested with the potential to damage the substrate. 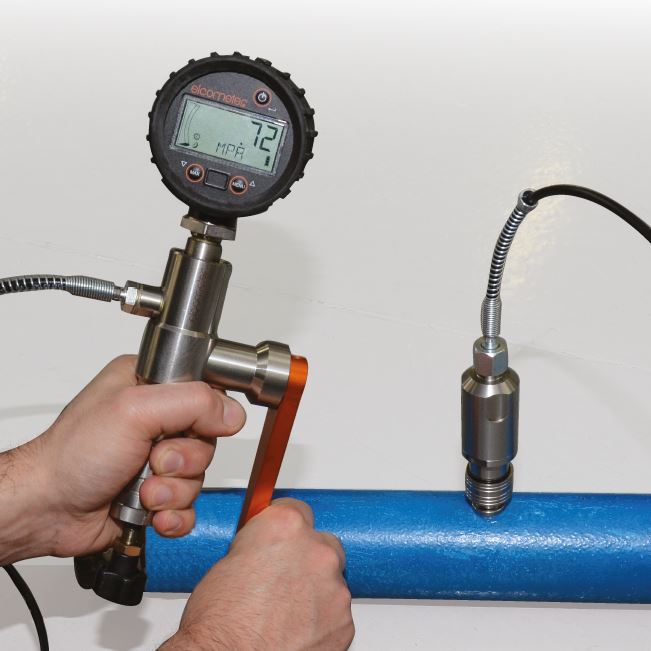 The pneumatic actuator head is designed with two halves, a base unit (containing a ring and diaphragm) which fits around the dolly or “pull stub” and a metal disc which screws on to it. As air is “pushed” into the diaphragm by the gauge it expands, pushing the metal disc (and the attached dolly) upwards, away from the surface.

When measuring on thin metal substrates, it is possible that the force required for the coating to fail is greater than that required to deform the substrate. A metal base ring is available for this situation; this wide ring is placed between the gauge and the substrate, spreading the load of the gauge, ensuring a true test of the adhesion of the coating.

For the same reason, a push off gauge like the Elcometer 108 is not recommended for thin metal substrates as the point load applied may deform the substrate before testing the coating properly.

In order to test coatings on concrete, a larger diameter dolly is required as specified in the Standards, to test the coating at the expected strength of adhesion to the concrete. The Elcometer 106/6 is similar to the other testers in the range but has been adapted to accommodate the larger 50mm dollies.

In this case, the substrate is cut around the dolly, such that a “core” or plug of concrete can be removed together with the coating. Often it is required to cut the coating/substrate before attaching the dolly. 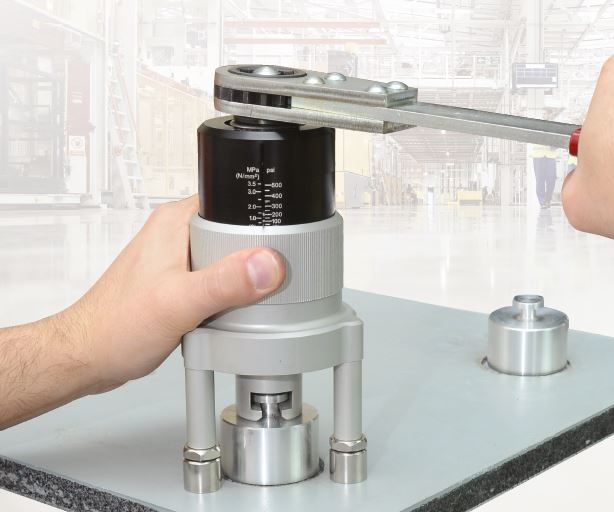