A Guide to Elcometer Blast Machines

Our range of blast machines include Contractor, Performance and Perfomance HP pots - a full comparison summary of the differences between each type can be accessed by clicking here. 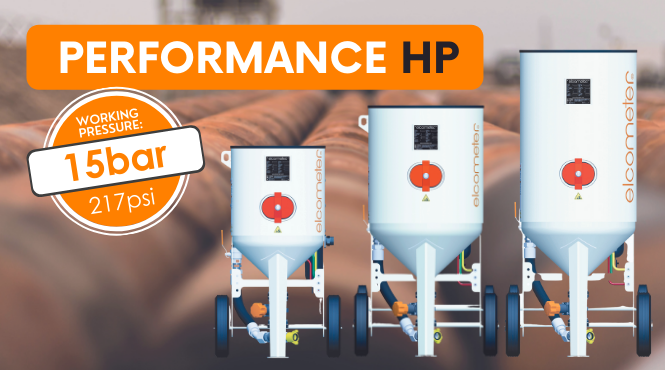 When blasting at high pressure, it is essential that operator safety is ensured; that's why Elcometer blast pots are designed to be safe and reliable.

Engineered by Elcometer experts at our purpose-built production facilities in Great Britain, our blast machines have been rigourously tested to International Standards.

UKCA, CE and ASME approved, the blasting machines are supplied with a full 12 month warranty against manufacturing defects.

Click here for more information on the key components which ensure maximum safety. 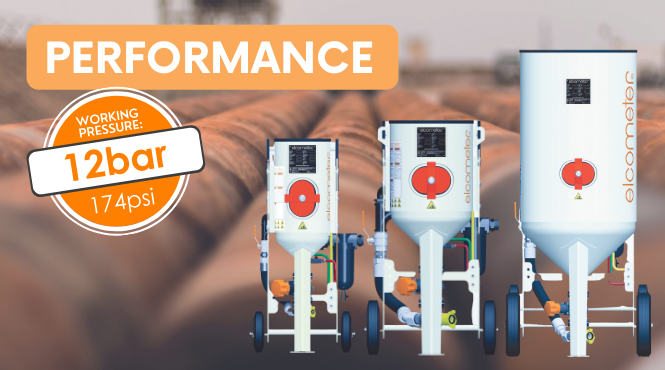 High efficiency and productivity are the two key benefits to Elcometer's PERFORMANCE Blast Machines thanks to the Elcometer engineered 38mm (11/2”) pipework which enables advanced air flow. Supplied with a maximum working pressure of 12bar (174psi), they are ideal for a wide range of sandblasting projects.

The efficiency of a sandblasting project is often measured by the coverage area achieved in a given time. Ensuring the optimum mix of air pressure, speed and abrasive consumption is vital if the blasting process is to be completed efficiently.

That's why Elcometer blast pots have been designed to minimise pressure loss and maximise air flow whilst alowing you to blast for longer, reduce your media costs and minimise your downtime.

Click here for more information on the key components which ensure enhanced performance. 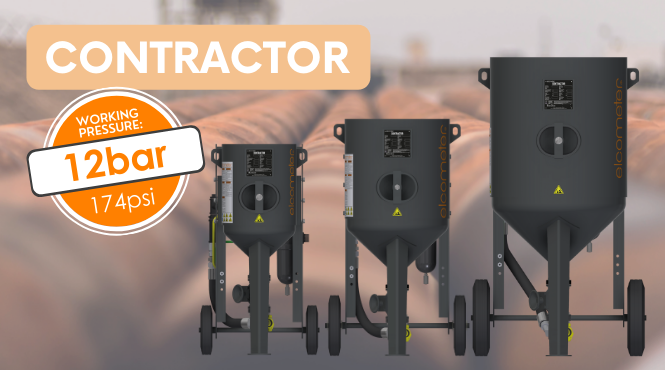 Elcometer's entry level CONTRACTOR Blast Machines are highly competive and easy to maintain, featuring industry standard remote control valves, grit valves and 32mm (1¼”) pipework they offer a cost effective alternative to our Performance range and are designed with the needs of general sandblasting contractors in mind.

How do Elcometer Blasting Machines Maximise Up Time?

When you are not blasting you are not earning, that's why Elcometer sandblast pots are engineered to work harder, last longer and be faster to maintain.

Click here for more information on the key components which minimise downtime on blasting projects.

When abrasive blasting using a dry abrasive blast machine, whether on small projects or large scale structures; efficiency, safety, and reliability are all vital.

After all, when it comes to abrasive blasting, it's about getting the job done as quickly and efficiently as possible. This is where an Elcometer Blast Machine can make all the difference...

"The little things have been done very well!"

As part of a wider review into sandblasting efficiency, independent blaster, Patrick O'Brien, was asked for his first impressions on the Elcometer Blast Machine.

After using the Elcometer 24200 Performance blasting machine for a short period of time, he was impressed by the pot's ability to reduce downtime, especially the wide access door which greatly simplified his maintenance tasks.

Asked to summarise his first impressions on the blast pot, he said "it is a traditional machine in some ways but there a few tweaks that are very, very helpful" before emphasising that the little things have been done very well. Elcometer's attention to detail on each component within our range of blast machines is aimed to maximise field performance.

Click here to hear more from Patrick in his full review of our blast machines and ancillary equipment.

Our Performance and Performance HP Blast Machines are supplied with Elcometer's AGV/GV media valves which have been designed with fingertip adjustment for precise and accurate control of the blast media.

As the valve setting can be changed even when blasting, this ensures that the operator can always achieve the optimal mix of air and abrasive.

Ideal for Blasting in Controlled Environments

Züblin Chimney and Refractory GmbH were an early adopter of Elcometer Performance Blast Machines in 2019 after being advised that their ability to reduce frictional pressure losses whilst still delivering the required pressure at the blast nozzle could create significant savings to fuel costs. Blasters at the organisation were quickly impressed by the improved efficiency and since then Elcometer have been working with numerous organisations operating in small benefits to enhance their output.

With the cost of fuel rising, the ability to save fuel has been of evergrowing importance and Elcometer Performance Blast Machines have proven to provide an optimal blast process.

Click here to read exactly how Züblin were able to improve their blast performance. 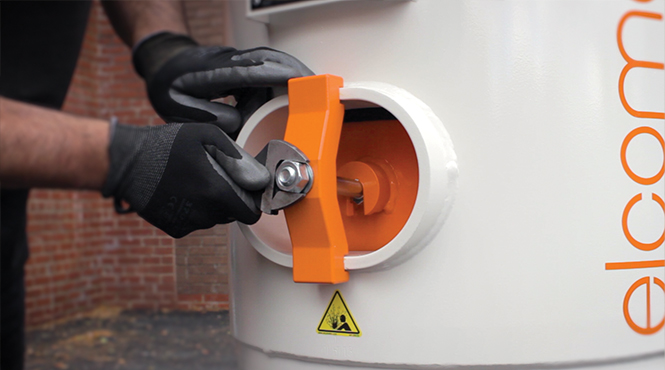 A Complete Range of Blast Accessories

From pop up valves and access doors to sieves, lids and mositure separators, Elcometer has an extensive range of accessories for your abrasive blast machine. Manufactured out of heavy duty, durable materials, they are ideal for any sandblasting requirement.

This was recognised by Spencer Group who are using the blast pots during the £18million maintenance project of the Erskine Bridge in Scotland which requires blasting to take place more than 600m away from the shoreline whilst elevated up to 60m from ground level.

Operating with two blast pots situated at either side of the bridge, the use of Elcometer equipment ensured the bridge can remain fully operational whilst operators maintain maximum efficiency.

Click here to learn more about how Elcometer Performance HP blast machines have provided reliability in the face of a heavy workload. 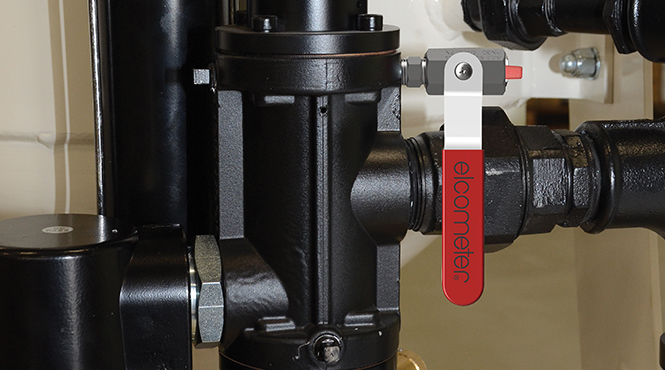 Safe Control of the Blast Machine at the Nozzle

Elcometer Performance Blast Machines feature our state of the art RCV4000 Remote Control Valves which quick exhaustion of air for safe depressurisation of the blast pot. Used with a deadman's handle, the vave has an immediate start/stop mechanism to enable safe control by rapidly cutting off the flow of compressed air.

Click here to find out how the valves enable safe control, perform under pressure and enable fast servicing.

Quality That You Can Trust

Buying a new blast machine can be a large commitment meaning it is vital that you purchase from a company that you can trust.

With over seventy years of experience in the design, manufacture and supply of inspection equipment to related industries, Elcometer’s core values of providing industry leading products with best-in-class service has been transferred to our range of machines.

Produced in Great Britain, the blast machines are engineered to National and International Standards and designed for long life and durabilty.